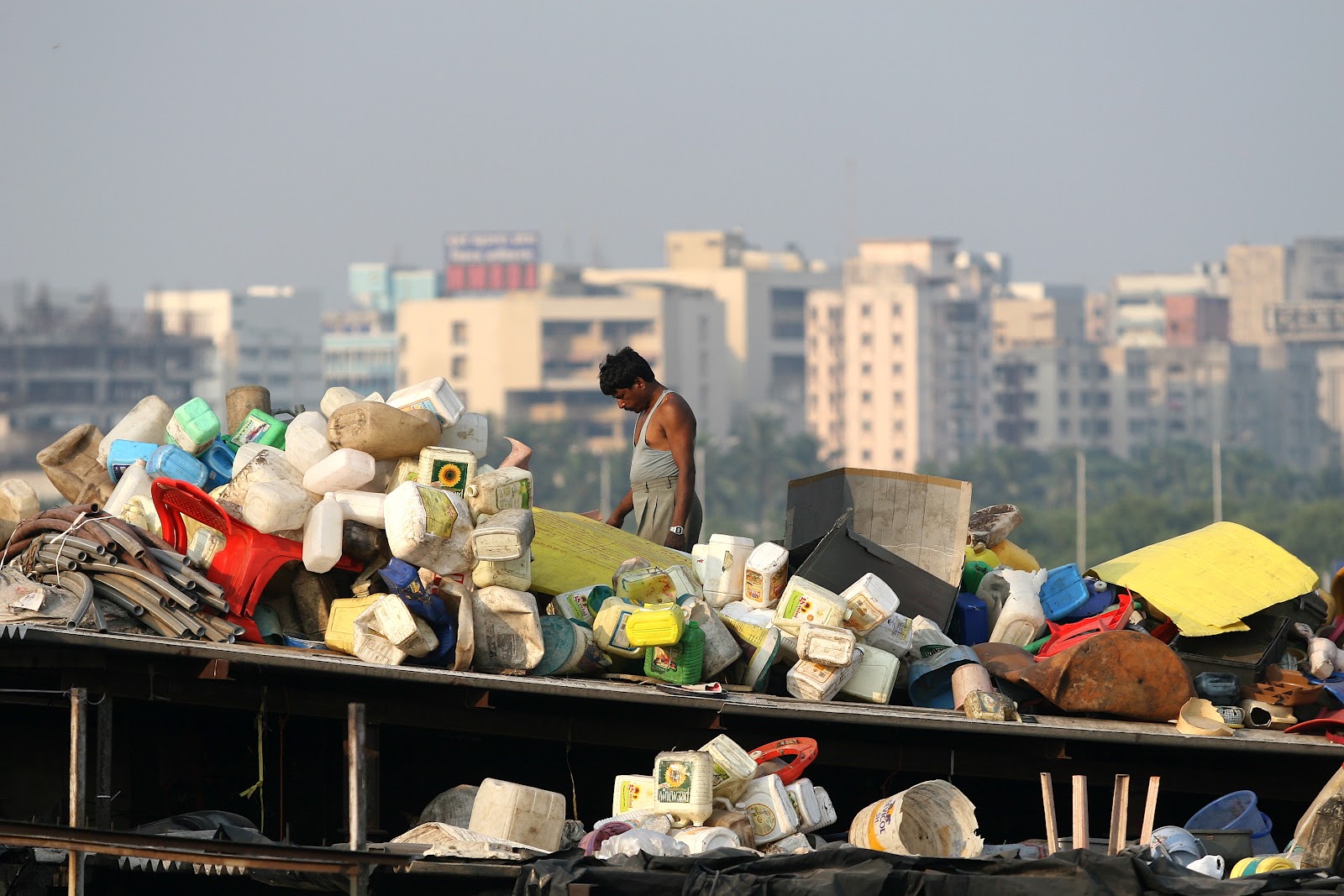 With the wedding festivities over I had 5 whole days ahead of me to take in the sights (and sounds of India) and one would have hoped that with the wedding behind us that relaxation was in store, but alas, I found myself constantly on the go; making the remainder of my trip one which I will never forget, with experiences that rival no other.  While I hoped to sleep in on Monday I was once again awoken by the crowing of a rooster and the sounds of cars honking.  It would have been nice to sleep in but getting the day started early had its advantages.  Dhara and I managed to get to travel around the city a bit and finally try some Indian food that wasn’t homemade.  Rightfully so, Dhara did not want me trying any outside food until after the wedding because there was no guarantee how my stomach would handle such food.

I’m happy to say that my stomach faired just well and I was able to eat some absolutely amazing food right off the bat.  Dhara and Vidhi were dying for me to try what is known as a Frankie, essentially a wrap with your choice of meat or vegetable.   I got a mutton (goat) and chicken tikka Frankie and they were absolutely amazing!  Spicy of course, but delicious.  Above and to the left is the destination where we got our Frankies (pictured below).  Oh, and did I mention we also tried Paneer, the freshest of fresh “cottage cheese” with a salt-like flavoring topping.  I use quotes around cottage cheese because it’s not the consistency American’s would associate with the cheese, it is actually just like a cheddar cheese cube (except exceptionally better tasting).

The food stop was a preemptive energizer for my first official sightseeing tour of Mumbai, the Slum tour, and a quick personal tour by Dhara to show me the largest Catholic church in Mumbai which was close to the Slum tour meeting place.  While I am not a religious person, I am one who appreciates the history surrounding such religious institutions and was interested to see a Christian facility in a Hindu (and one might also say Muslim) dominated society.
St. Michael’s was not like an old church you would see in Europe with grand stained glass windows and elaborate pews, but it was quite impressive and unique seeing a simple Cross ordaining the outside of a quite prominent building in India.

The church was large but not lavish, it was interesting seeing the eclectic people who were congregated there on a Monday early afternoon.  Dhara was explaining to me about the masses of people who attend services here and I found it truly astonishing that Christianity does have quite a prominence in India.  When one looks at the religious percentage dispersed throughout the country it would seem quite small, but for a country whose population is in the billions and whose largest city, Mumbai, contains ~27mm (most likely greater if you consider the “suburbs”), a small % is still a large number of people.  The visit broke my previous belief of Christianity being non-existent in India, and it actually demonstrated a true sense of religious acceptance that, quite honestly, I don’t think you’d find in many other places of the world.

After my visit to St. Michael’s, we made our way to the central train station where my tour group was meeting.   Although it was a short walk, 5-10 mins it was hard not to take in the poverty surrounding me, and the…dirtiness as well.

Whether one would consider India a third-world country is an objective discussion that I can’t opine on, but I have traveled and spend a good amount of time in Peru which is definitely a third-world country.  The purposes of my travels in Peru were to study and observe eco-tourism within the country, knowing the lack of infrastructure results in the inability to dispose of waste.  I will not disguise my disgust for the amount of trash plaguing the streets of Mumbai, but I was even more shocked when after eating my food from earlier and having the garbage in hand, when asked where the nearest garbage can was, I was told by both a local and a westerner that “there are no (public) trash cans in India, just throw it in the street.”  Having part of my educational degree earned through studies and practices of avoiding the continuance of ecological pollution (aka littering on the streets), I was compelled to put the trash in my purse and wait until I found I trash can regardless if this proved to be a fruitless attempt.  The garbage sat in my purse until I returned back to the hotel to dispose of it, but it is painfully disheartening to know that even though I, one non-constant, in a population of a billion constant, who tried to contribute to the reduction of street trash, will not show even the slightest blip in trying to reduce street waste because even the garbage disposed of “properly” is transported to a giant landfill on the outskirts of the largest slum in India…and Asia (in the absolute middle of the city), which is also home to the river tributary that feeds the waste into the Arabian Sea.

There is only so much one person can do which is why I implore anyone who travels to India to do so with an Eco-Friendly attitude and look to take tours/trips that will help benefit the environment in any way possible (NGO/Eco-Friendly), because just being one less person contributing to the damaging footprint being cast upon India waste management can and will make an impact regardless of size.

While garbage is a common theme in Mumbai, so is poverty.  On the short walk to the train station from the church we visited, Dhara and I were bombarded by young children approaching us asking for ANYTHING and doing anything to get our attention.  Dhara had prepared me for this, and me being white, I was prepared, but that doesn’t necessarily mean that it’s any easier to witness.  The picture below is of young children playing in a traffic intersection (a pseudo playground one might describe it as).  If you look in the background you can see the staircase leading over the train tracks leading to slums.  The picture above is the street right next to this traffic intersection with basket makers who make the streets their home.  Nearly every street in Mumbai seems to have a large homeless population who have claimed the street sidewalks as their home.

We were meeting the tour guide at the train station and if you look at the train in the distance you can see that the trains have no doors and the trains become so packed people just hang out of the train.  This is a normal occurrence for daily commuters, and my friend was telling me that even then slightest delay in the trains will cause the volume on the trains to reached unmanageable proportions

Her cousin referred me to an NGO group known as Reality Tours and they provided a 2-3 hr walking tour around the slums.   We were not allowed to take pictures during this tour to avoid an invasion of privacy for the locals but the company provided us with pictures they had taken previously.

The slums in India are unlike anything you could imagine.  Having been to the slum in Lima Peru, and having read about the slums in Rio De Janeiro, the slums in India were quite different.  Generally one would associate the slums with black market activity, drug cartels, and violence.  The Dhavari slums in India are quite opposite.  There is a true sense of community and there is virtually no violence or crime.  The slums actually have two distinct purposes, one being residential and one being industrial.  There is a compilation of industries within the slums that generate a recorded 500mm dollar annually (and this is most likely understated given the lack of regulations within the slums).   The work conditions are horrible and the type of work range from melting down plastics and cleaning used metal drums, to leather manufactures, pottery makers, and suitcase distributors.

It is quite ironic actually that these work environments are not environmentally friendly and have no standards for labor conditions, yet the majority of the work and goods that are being produced are all centered around “recycling.”

The picture of the boy above is actually in the residential area of the slums.  This hall may appear narrow but trust me when I say that the passways can become much more narrow, with much less light, and have wires hanging down low from the ceiling.  I know this because our tour guide really did take us through the inner areas of the slums.  We were walking through even narrower passages ways and avoiding wires and holes in the ground.  The living conditions are quite appalling, the typical “house” is basically a room, maybe 5m x 5m, and this space is their sleeping, living, and, dining quarters, with the average number of occupants per household being 5-6 people.  This is something hard to believe or even imagine coming from Fairfield County.  The houses do all have electricity though, and most actually have cable; I guess there are some luxuries people still can’t live without.  They have running water 3 hours a day and may choose to have it at night or in the morning.  All of the wires we were walking under and pipes were stepping over is what brings their supply of the modern amenities we take for granted.  It would be very easy for pipes to crack and wires to fall, as there is little to no government maintenance in the slums.  The only real government involvement in the slums is ensuring that people are paying for their electricity and water (yes they still have to pay utility bills).

Dhavari is Asia’s largest slum and in the absolute middle of Mumbai.  The poverty is unimaginable and the living conditions dirty and disgusting, yet the majority of the people living there choose to do so on their own accord.  The government has proposed on several occasions demolishing the slums and building high rises for the people living there, but when it comes to the vote, the citizens choose to remain living in the slums for reasons only they will know.