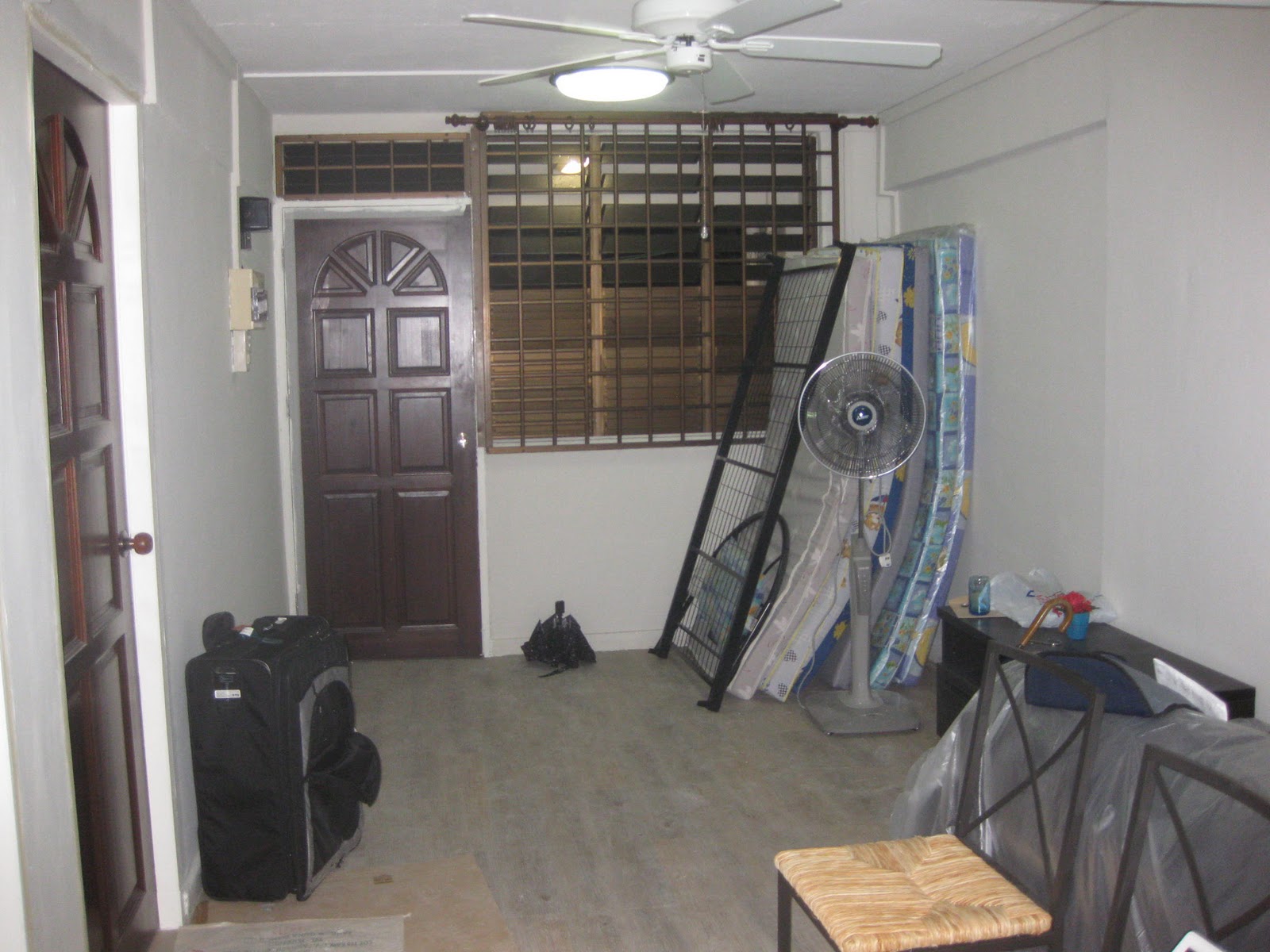 2. Renting a flat that is under construction when you sign the lease.  Red flags!  Construction isn’t fun to live through when it’s your own property, why would it ever be fun to live through if it’s not your property and preventing you from getting settled.  I am one of those people who moves into a new flat, and have everything unpacked and neatly folded as the suitcases roll in.  The pictures get hung up as soon as the furniture is in place.  The décor is completed before the final boxes are unpacked.  Why on earth did I choose to move into a construction zone???   The answer to that question is the cost!  Was it worth it in the end, hmmmm, well….. I only lived there a year and two months of it were in chaos.

3. Renting a flat with more rooms than you need.  While it’s always nice to have spare rooms for family and friends to stay in if they come and visit, the reality is that the extra bedroom will probably sit unused the majority of the time.  I did have visitors quite often, but the cost to subsidize the extra bedroom was far greater than just getting a hotel for a short time each visitor was actually spending the night.

India was probably an exception to this rule because there was not really an option of finding single bedroom units, properties are built for families, so expect larger accommodation options.  I will also add, that budget will take you a lot farther in India, and there are no “in-between” properties when it comes to the standard of living.  Either the rent is cheap and you’re living quite rough, or it is more expensive and you’re living well off.  Comfort at home was not something I was willing to sacrifice when I was living in India, so I was paying prices comparable to Singapore or New York, however, I was living in a 3,000 sq ft home, with 4 bedrooms, way more space than I needed.

4. Always make sure “White goods” are included in the rental. For the westerner, a refrigerator, stove, dishwasher, and washer/dryer are commonplace in an apartment rental. This is not the case in the majority of the world. The last thing you want to end up having to purchase on your own are appliances, and unless you explicitly ask, you may be wasting your time even going to see the flat. If the flat doesn’t have “white goods” already in the flat, many landlords are willing to negotiate with ex-pats to have these included at an additional charge. A fair warning for regarding “white goods,” often this does not include a dishwasher, sorry folks and the washer/dryer is usually a combined unit, so be prepared to have to buy a drying rack, because the dryer generally does not work very well. This has been my experience with EVERY combined unit I’ve used.

5. Not considering renting just a room, with house/flatmates.  Not only will this be a big money saver, but it’s also a great way to meet people right off the bat.  Having lived alone previously, I was pretty headstrong about living alone once I was abroad and in the long run, I would have saved so much money if only I had given shared living a consideration.  After a year of living on my own, I did move in with friends and ended up saving more than half the cost of living alone.

6. Never agree to lease or a contract site unseen, or just having seen pictures.  I would hope you would never do this in your home country, but definitely never do this abroad!  Not only will you not get a sense of what the neighborhood and/or building is like, but pictures can also easily be deceiving and for all you know may not even be photos of the actual flat you are interested in, the age-old, bait and switch technique. It may pain you to go on 15 flat tours in a day, but it will be worth it in the long run. While in India, there were a number of flat that were gorgeous in the photos, but in real life lacked the luster the photo had promised. I dodged a couple of bullets by reigning myself in and waiting for the viewing before I made any final decisions.

All in all, the moving process can be super stressful, don’t make it harder on yourself by making some of the mistakes I’ve made in the past. Be patient, work with the local agents, and don’t be afraid to say no if all your needs aren’t met.